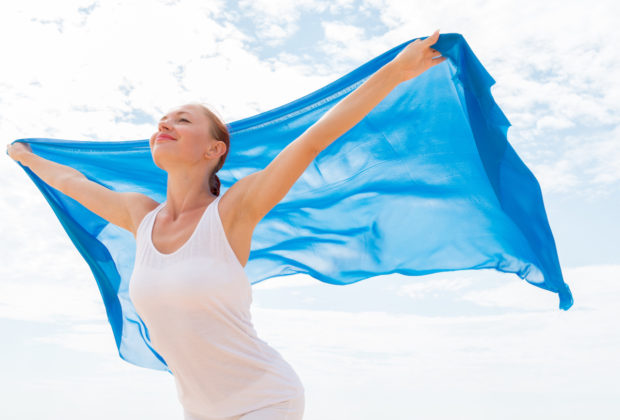 What is Uterine Fibroids? The condition when there is growth of benign muscle tumors in the form of lumps on the Uterus is known as Uterine Fibroids. Doctors believe that uterine fibroids develop from the proliferation of a stem cell in the smooth muscular tissue of the uterus (myometrium). A single cell gets stimulated to divide repeatedly, creating a firm, rubbery mass that is distinct from nearby tissue.
How to identify them? Mostly no symptoms are felt but sometimes, influenced by the location, size and number of fibroids, there may be painful or heavy periods. They may protrude and push on the bladder causing a frequent need to urinate. There may be pain during sex, difficulty urinating, constipation or general lower back pain. There can be a singular tumor or numerous. Although uterine fibroids usually aren’t dangerous, they can cause a feeling of discomfort and may be the underlying condition of complications such as anemia from heavy blood loss. Are there any complications associated? The growth patterns of uterine fibroids vary – they may be slow-growing or rapid-growing, or may remain the same size. Some fibroids go through growth spurts, and some shrink on their own. Many fibroids that appear during pregnancy shrink or disappear after pregnancy, as the uterus goes back to a normal size. Occasionally, fibroids cause difficulty for the woman to become pregnant, although this is uncommon. It’s possible that fibroids could cause infertility or pregnancy loss. Fibroids may also cause the threat of certain complications during pregnancy, such as placental abruption, fetal growth restriction and premature delivery. What are the causes? Doctors do not know the cause of uterine fibroids yet, but research and clinical experience point to the following factors: Genetic changes: Fibroids are known to contain genes that differ from those in normal muscle cells of a uterus. Hormones: Progesterone and estrogen stimulate the development of the uterine lining during each menstrual cycle preparing the uterus in case pregnancy happens. These hormones appear to promote the growth of fibroids. Research shows that fibroids contain more progesterone and estrogen receptors than usual. Fibroids shrink after menopause due to a decrease in hormone production. Other growth factors: Substances that help the body maintain normal growth and functioning of tissues, such as insulin-like growth factor, may affect fibroid growth. Are there any predisposing risk factors? Other than being a woman of reproductive age, there are few known risk factors for uterine fibroids. These include: Heredity: If a female member in your family (i.e., biologically related to you) had fibroids, you’re at increased risk of developing them.
Ethinicity: African-American women have more chances of having fibroids than women of other racial groups. Additionally, African-Amercian women have fibroids at younger ages, and they’re also have more or larger fibroids usually.
Environmental factors: Menarche (onset of menstruation) at an early age, use of birth control, having a diet higher in red meat and lower in green vegetables, obesity, a vitamin D deficiency, and alcohol consumption appear to increase one’s risk of developing fibroids. Preventive Measures: Historically, life was particularly difficult for most women, but women’s lives have changed over the centuries. In the new millennium, women can enjoy a longer and better quality of life throughout their span of years. But this can be accomplished only if women comprehend how they can maximize their personal health and fitness. It is important that every woman has access to knowledge about women’s health issues. It is also essentially helpful that men understand and are supportive of the health concerns of women. Women must be encouraged to get regular health-check up done and also visit their gynecologist so that it enables early diagnosis and the symptoms can be controlled through appropriate medication and lifestyle changes rather than necessitating the use of surgical options like Myomectomy (Laparoscopic removal of fibroids) or Hysterectomy (surgical procedures which involves the removal of the uterus).

Looking For Help to Manage Your Menopause Symptoms?