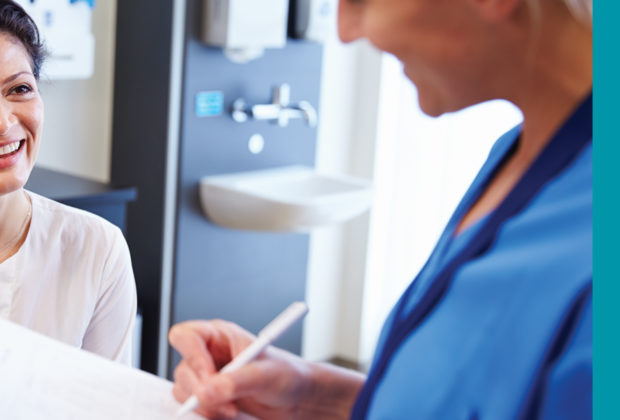 While we should not medicalize menopause, treatment is available for the menopause! The menopausal transition, and postmenopause in itself is a natural change and should not be considered a disease. But, understanding it and measuring appropriate hormones may be key to symptom improvement. The main cause of this transition is the natural depletion and aging of ovary. This process is sometimes accelerated by other conditions and is known to occur earlier after a wide range of gynecologic procedures such as hysterectomy (with and without ovariectomy), endometrial ablation and uterine artery embolisation. The depletion of the ovary causes a compensatory increase in circulating follicle-stimulating hormone (FSH) and luteinizing hormone (LH) levels because there are fewer oocytes and follicles responding to these hormones and producing estrogen. The symptoms associated with this transition varies from woman to woman. The stages of the menopause transition have been classified according to bleeding patterns, supported by changes in the pituitary follicle-stimulating hormone (FSH) levels. During a normal menstrual cycle in reproductive younger women, the ovaries produce estradiol, testosterone and progesterone in a cyclical pattern under the control of FSH and luteinising hormone (LH). These 2 hormones are produced by the pituitary gland, and regulated in turn by the hypothalamus. During perimenopause (approaching menopause), estradiol levels and patterns of production remain relatively unchanged or may increase compared to young women, but the cycles become frequently shorter or irregular. The often observed increase in estrogen is presumed to be in response to elevated FSH levels that, in turn, is hypothesized to be caused by decreased feedback by inhibin. Similarly, decreased inhibin feedback after hysterectomy is hypothesized to contribute to increased ovarian stimulation and earlier menopause. The menopausal transition is characterized by marked, and often dramatic, variations in FSH and estradiol levels. Because of this, measurements of these hormones are generally not considered to be reliable guides to a woman’s exact menopausal status. But, in the post-menopausal stage, measurements or rather the findings of lowered hormones could be a useful guide for replacement. Menopause occurs because of the sharp decrease of estradiol and progesterone production by the ovaries. After menopause, estrogen continues to be produced mostly by aromatase in fat tissues and is produced in small amounts in many other tissues such as ovaries, bone, blood vessels, and the brain where it acts locally. The fall in circulating estradiol levels at menopause impacts many tissues such as the skin, brain (moods and cognition), vaginal integrity and bones. In contrast to the sudden fall in estradiol during menopause, the levels of total and free testosterone, as well as dehydroepiandrosterone sulfate (DHEAS) and androstenedione appear to decline more or less steadily with age. Replacement of androgens in women can sometimes restore vitality and strength. Hot flashes and other vasomotor symptoms accompany the menopausal transition. While many sources continue to claim that hot flashes during the menopausal transition are caused by low estrogen levels, low progesterone can also lead to hot flashes. The exact cause of these symptoms is not yet understood, possible factors considered are higher and erratic variation of estradiol level during the cycle, elevated FSH levels which may indicate hypothalamic dysregulation perhaps caused by missing feedback by inhibin. Also, there is autonomic instability which may be influenced by these hormones. Long-term effects of menopause may include osteoporosis, vaginal atrophy as well as changed metabolic profile resulting in cardiac risks.

Could I Borrow Your Bone Marrow?