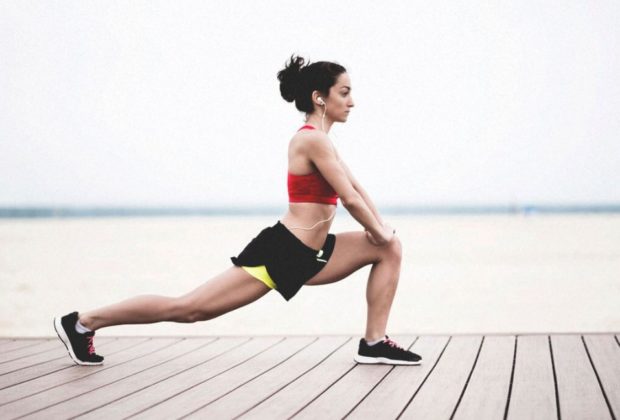 The Best Routines To Improve Your Flexibility

TAlmost everyone wants to be more flexible, from dancers and yoga enthusiasts to professional athletes. This is why many people keep looking for the perfect stretching routine to improve their flexibility. What they don’t know, however, is that a few stretches can easily be added to your daily routine that make a massive difference.

As a forethought, remember to warm up before trying any of these stretches; your muscles will be less vulnerable to wear and tear if they’re properly warmed up. Exercises such as push-ups and walking lunges for a few minutes each should be enough to get your blood pumping.

One of the easiest ones to pull off, this can be done anywhere with a flat surface. Stand with one foot roughly two feet in front of the other and bend forward. If possible, try to touch the floor or your toes. Hold the pose for 30 seconds before switching your forward leg and repeating.

Similar to the Scissor Hamstring Stretch, this is a relatively easy stretch even though it requires a keen sense of balance. While standing on a flat surface, bend a knee and hold on to it with the arm on the same side. Push your foot forward while holding it in place. Hold for 30 seconds and then switch legs/arms.

Standing straight, lift one arm up and fold at the elbow so that your palm is near the back of your head. Clasp your elbow with your opposing arm and pull on it gently until you start to feel it stretch. Hold for 30 seconds and then switch arms.

While this is technically a yoga pose, one of the few that’s also great for improving flexibility. Cow Face Pose is known for stretching out your shoulders and triceps. If you work at a computer all day or have a habit of slouching, it can also help improve your posture. You can either stand or sit with your back straight before extending an arm up and letting it bend at the elbow to fall over your shoulder.

Bend the opposite arm back behind you so that you can try to grab the tips of your other hand. Hold for between 15 and 30 seconds before switching the placement of your arms.

This is a stretch that will come to many people’s minds when they are thinking of improving their flexibility. Lying with you back on a flat floor, bend one knee as close as possible to your chest while holding on to your leg so that it’s as close as possible to your chest. Hold for 30 seconds before switching legs. This will help to loosen up your back as well as stretching your hamstring slightly.

A great way to stretch out your core is with Cobra Pose, another yoga staple. Begin by lying on your stomach on a flat floor with your hands on the floor under your shoulders. Stretch your arms backward while lifting your head and torso with your abdomen. You should pull further your arms and back until you feel your abdomen begin to stretch. 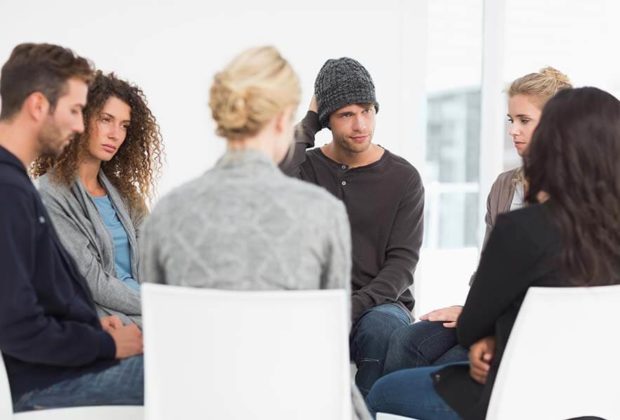 We may not recognize it but the majority of us have experienced specific kinds of addiction in our life time. Although some types of addiction are rather safe, there are particular types of compulsive yearnings that can have devastating to our health and our lives. What is actually scary about these compulsive cravings is that it might not be calmed easily. In most cases, the yearnings are so intense that the individual would do practically anything to get what they need.

A few of the most harmful kinds of compulsive cravings are those cravings that are caused by drugs and other compounds. Some of the most common kinds of substance abuse by individuals nowadays include stimulants, depressants, hallucinogens, designer drugs and others. Stimulants such as drug, amphetamines and methamphetamines are frequently used in most parts of the world. Drug addiction in married couples makes it difficult to have a successful marriage. Drug treatment programs for married couples allow both people in the relationship get help at the same time.

Given that people who are into stimulants often find it hard to sleep or rest, much of these individuals likewise mess around on depressants. Some of the most typically used depressant drugs such as barbiturates, Phenobarbital, amobarbital and secobarbital. In the current years, designer drugs such as ecstasy found its way into the American society. Hundreds of Americans are reportedly hooked in this designer drug.

Drugs can have several destructive impacts on the person abusing it. The worst part about drug addiction is that drugs can change the way of thinking of the person. Many individuals who abuse drugs typically suffer serious side effects and some of these side effects can be quite severe. Moreover, leaving drugs is never easy. Drug addiction is something that is extremely difficult to shake off that many people who abuse drugs frequently require to be rehabilitated. Oftentimes, the rehabilitation procedure can be long and uncomfortable. Without the assistance of the household, an individual might not truly recover from the effects of drug addiction. Addiction treatment centers can help with recovery, to find a local addiction treatment facility search drug rehab near me in your browser and locate a center close to home.

The Causes of Drug Addiction

Similar to alcoholic abuse, drug addiction has actually ended up being an important issue worldwide. Although, age doesn’t truly matter to be an addict, however the frequency is noted generally in youngsters. There are a big variety of theories recommended by different researchers, scientists and theorists, however, none of them have come into a single conclusion to define the specific reasons for drug addiction.

In reality, different individuals describe drug addiction in different ways. Some think it is genetically inclined, while others consider it nothing however mental illness. Some likewise oversimplify it by arguing and relating it to the product of unhealthy lifestyle and risky peer interaction during adolescence duration. Lots of people view it as a disease, while lots of believe it as an acquired illness that make individuals tend over addiction. Let us check out few most typical descriptions recognized as the reasons for drug addiction.

Brain disease is determined as one of the major causes of drug addiction. It is hypothesized as a specific kind of brain condition that establishes over time initially began as a result of voluntary habits of abusing drugs. Drugs connect with different areas in the brain and change the level of consciousness, state of mind, perception and emotions. Prolonged usages of drugs can change the function and structure of the brain in a long-lasting fashion that can stick with even after the individual stops using drugs. According to this view, addiction is a quintessential bio-behavioral disorder.

This hypothesis has also gotten much appeal. Many individuals consider genetic predisposition might play considerable role contributing as one of the major causes of drug addiction. Some scientists also declared that they have mapped a few of the genes responsible for substance abuse. Nevertheless, there is still a dispute on identifying the exact genes, their location and their possible functions on human behavior in basic. Whatever is the possibility to identify all of the genes accountable for addicting behavior, it is verified that gene and heredity play an essential role to make somebody vulnerable towards addiction.

Today, the majority of the drug treatment center and rehabilitation centers operate on the belief that social and philosophical factors are the primary reasons for drug addiction. If an addict’s belief system can be changed, he can be devoid of his drug addiction issue. Although the supporters of this hypothesis consider addiction is a disease, however their conflicting view originates from the conventional idea of associating addiction as an outcome of bad personal choices, anti-social habits or weak character. These are not worthless till they can encourage individuals to improve their lifestyle. However the deep-rooted problem of addiction needs more attention than to consider such shallow views propagating as an individual mode of treatment. To find a couples drug rehab for treatment click the link provided and ask for assistance.